Latest topics
» My scamp help please
by sparticus-84 Today at 6:55 am

» Can anyone help looking for info on my car
by sparticus-84 Yesterday at 2:07 pm


rose has managed to find somewhere for us to camp...

The pub does serve food and meals from 12pm till 8pm 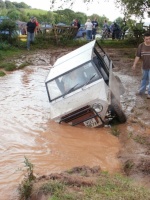 X1 Caravan is me

The Stephens family will be there in the caravan.

I will be there with my caravan + 1

By the way, Flagg is in between Buxton and Bakewell..

Mk3rob wrote:
any tarts around

Only you - you old tart

Here is a link to thier site.

Here's a direct link to the pub for you http://www.thedukeofyorkpub.com/camping.php

Duke of York is on the a515 between ashbourne and Buxton. have camped there before take extra clothing as pub is very high up> last time was there there was snow on the ground.

Its a caravan for me ! not risking a snowdon tent again
regards Mike

Are we still ok for easter in derbyshire ???

Well i'm still on for it Mike.

When are people arriving ??

police in shrewsbury are looking for a flasher, you could give them one of yours Rob
its about 2hrs from here may try and leave thurs evening or maybe fri am deepends on how early i can get off work

Spoke to Rosie last night and they are planning to get there Fri lunchtime, subject to when Rick gets back up Norf from daan Saaf.

I have c**ked up my time off and at mo am working Thurs night, so tommorrow when i go back to work I need to try and book Thurs off.

or
take a sickie, its this back of mine guv, it can go at any time
or
go up Fri pm or early Sat.

Which route are you taking Mike, i've never been up that way?

Hi rob looks like you will take a different route to me most of the way I'm shrewsbury , market drayton ,newcastle ,leek then looks like a b road goes to campsite bypassing Buxton .
you will be Stafford, stone ,leek about 18 miles shorter than me at around 60 Miles
See you there, first one to the pub gets the pints in!!!!!

Well that blew it !!

Showed my hand too early !!

The holiday book said only 1 on holiday (allowed 2) but someone else had an app in before me, bummer.
So now i cant pull a sicky, unless i really knacker my back.

So the earliest i will be getting there will be Fri evening, or Sat am.

Have a good time messin' about in the snow up there,we will promote the cause "daan saaf" at the Detling Kit Car Show,just think of us down here sunbathing in shorts supping our last few drops of water.

I found it useful to check The Cat & Fiddle Weather Cam to see how bad it was up there before sending our lorry drivers up to Selden Research...
I think the camera will be about 10 miles from where you're camping, but it'll give you a rough idea. http://www.maccinfo.com/cat/
It refreshes every minute, so you do occasionally see something driving by.

We'll be DIYing on the bungalow, in between Reg being on-call.
E.

Talking about promoting the "Scamping cause" has anybody got any "down and dirty" pictures from the Turkey run or last year's Picnic(and I'm not talking about your night life!!).If so can you send them today to scamp_mag@yahoo.co.uk

Well the Van is packed and folded
The Scamp, tyres (x8) blown up and fuelled + can

Just got the small matter of tonights 9 hour night shift and a kip tomorrow to get through.

Least it has inproved the conditions for the weekend

We went, we got stuck, we broke bits and we all then came home.
Mk3rob Today at 1:06 am

Mike B arr thurs pm followed on Fri by Tony & Lyn, Col & Deb & co, Mike & Wendy , the Thorpe party along with the Pork pie hanger on. After finishing nights Fri am and having a kip, I got there about 5pm.

Brakages started early, with Mack only getting 10 miles from Newark when the Trannies (!) rad blew so he went back home to get his tow car.
Colins clutch went and he got trailered/dollied to the Campsite before him and Tony went back and nicked the clutch from Daisy !!!! Opps hasnt he told you yet Nic
Sat my steering column pulled out of the rack cause i hadnt fitted the pinch bolt right Doh. The consequences of this was that it was an undemanded left turn (Clyde) into this wall and two holes in the sidewall of my tyre. Any one got any 12 Mud and snows ? After swopping all the wheels around and having my road tyres on the back in record time we were off again. Most were gob struck how quick i could change the wheels with my batt op socket gun. I could have sold half a dozen right there.

Most of Sat Deb had been on about how loose her steering was , so Sun am Colin tightened up here rack ...................... clamp bolts and she was well happy.
Sun am Rosie organised an Easter egg hunt for the kids, we had to sit on Rob B the big kid.
Adam turned up with his Scamp in the back of his Trannie van and off we went. Mid afternoon on a hillside break he checked around it only to find that his rear shocker was dangling by the bit of rope holding his rear tarp in place. He blamed the Galv steel, but we all put it down to duff welding and dodgy MOTer. Colin later found he had also bust one of his.

Snow Snow Loverly Snow
It was well enjoyed by Scampers, young kids, dogs and one and all.
Fri, the early arrivals did a few lanes and got blocked on a couple.
Sat was better with us managing to plough through most and getting dragged through others. Two did defeat us all, one when we walked across it and i pushed my spade down into it proved to be abour 3 feet deep !!!!!!!!!!!!
We went to the start of one very long section which was a none starter because it was steep and littered with small bolders.
But all wasnt lost on Sun pm we did it the other way round, 1st gear downhill lurching fron one bolder to another. Even on Sun there was still drifts of snow across some tracks.
After all this when we were on the way back to the campsite with one more track to do Adam sudenly lost all his brakes and limped back. Good job he came with it in his van
The campsite was basic but functional, the pub was great and the last night we all went for a mass feeding frensy ,
I think Rob B won .

Note to self ............ Pack my wellies next time ............a few of us have gone down with Trench foot due to having wet feet most of the weekend while we were out and about.
Mon 10am saw most of us packed up and departing off into the Derbyshire mizzel

Bring on the next off roading event June BH in Hants..

Hello Scampers
Like Rob said we all had a good time.....Not to upset any I am saving my story for the mag..
"But" photos would be nice to be on main web site?

Story already written by Lin and Tony(with pictures)and placed in the next mag already,it's looking a bit better than the last one already!