As far as most builders are concerned, it's because that's how the panels were supplied!  As to why they were designed that way, you'll have to ask Robert Mandry, John Medhurst or Andy MacLean.  I'd guess though that it was simply because it looks neater.

Advantages - appearance; no exposed edges to catch on passing trees, bushes and other off-roading hazards; can be fitted either flush or recessed.
Drawbacks - awkward to fit, to do it properly you need an angle drill; making a replacement needs professional metalworking gear.

If you fancy a nice flush look, you could always make the panels in steel & then weld them flush with the outside of the box section. A quick grind off & some filler / primer & topcoat later a nice smooth look....

Be warned, this is not as quick or easy as it sounds......once its done it look's cracking, while your doing it you'll crack up.

A very rough pick of the cracking up stage..... 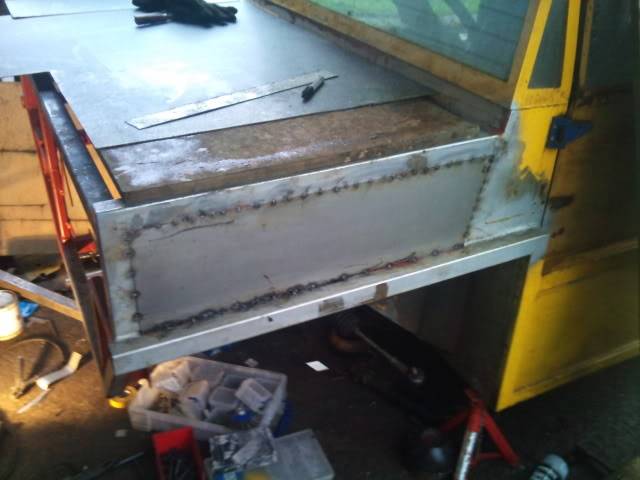 If you want a pick of the cracking finished look, i'll take a pick later today...when its light...