Evening folks, I guess this is the right section to post under.
I'm going through a collection of magazines I've come by recently and there's a load that are of no real interest to me, so instead of binning them I thought I'd see if anyone else is interested in them.

There is a pile about 3ft tall of a publication from the 70's/80's called "Car Mechanics", a similar height pile of Autosports from the last decade, and also the same Practical Classics stretching back to the early 80's a pile about 2ft tall of aviation magazines mostly "Flypast" from the early 80's although I've seen some copies of "Wingspan" in there too, a dozen or so copies of EVO, slightly more of Performance Ford and CCC that I've sort of bundled together from the late 90's, a fist full of Purnells "History of the Second World War" (kind of a magazine version of The World At War TV series), and a dozen or so commercial vehicle publications including the ever enthralling "Who's Who in the bus industry 1978".

Obviously paper is very heavy to post etc, but I'm happy to hang on to anything until folks happen to be passing North Wales or until the Bank Holiday picnic etc. If anyone's interested drop Charlie or myself a line, please don't ask if there's a copy of this or that month's issue of a particular magazine as I haven't the time (or really the inclination) to work through them! Not really looking for anything for them, just dont like to see stuff in the bin when they could be of use to someone. 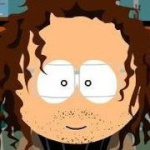 Indeed Iain, this is an excellent place at which to seek a good home for your surplus maggies.
Another good one would be Freecycle - there's a couple of groups in Chester.