Go on Martin, buy it.

Remember, you're here for a good time, not a long time!

A big thank you to Reg, Rob & Russ for lending a hand today to dry fit the Mi.

Good news guys, the cam cover is miles away from the brake master cylinder. It fits a treat! 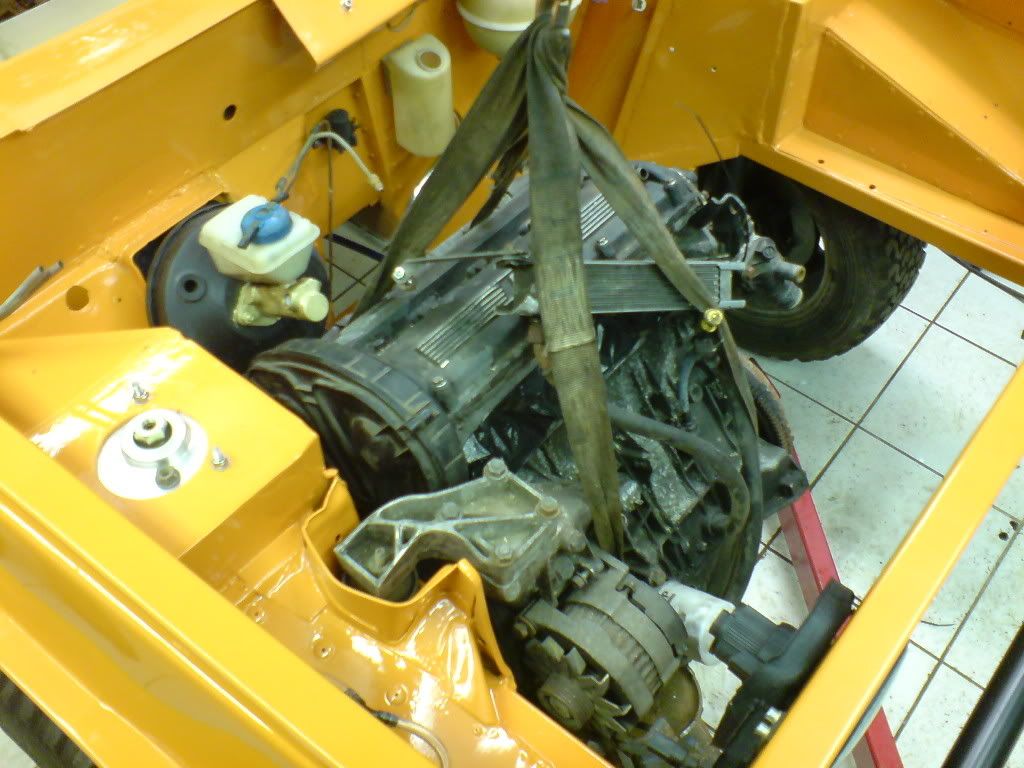 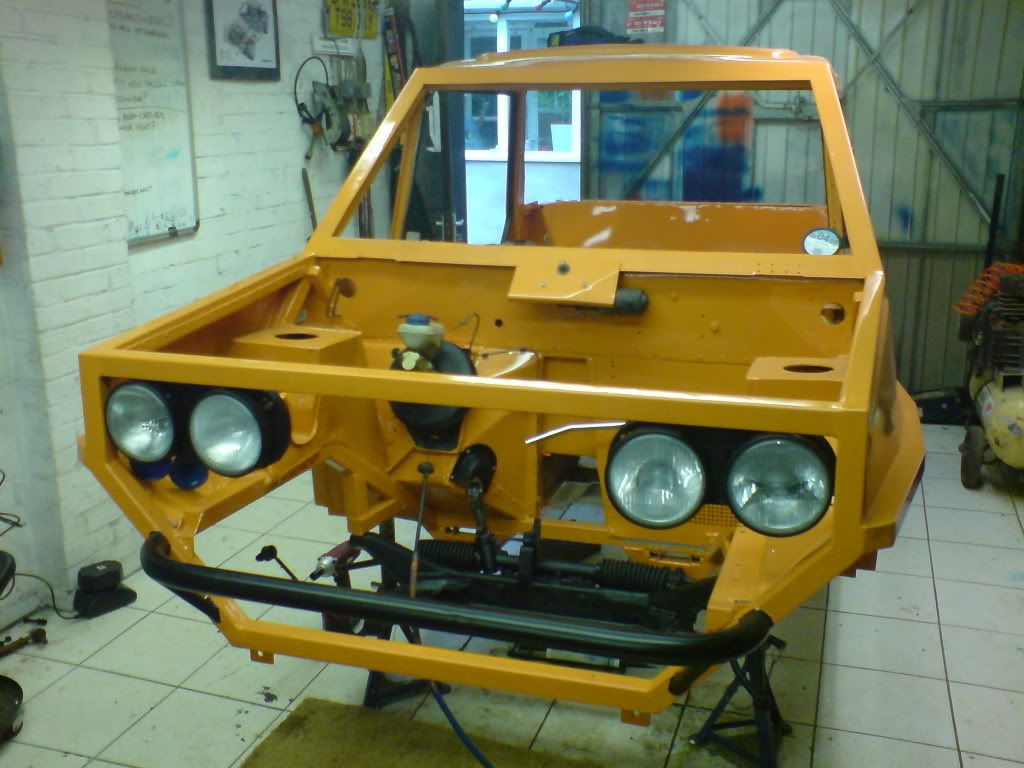 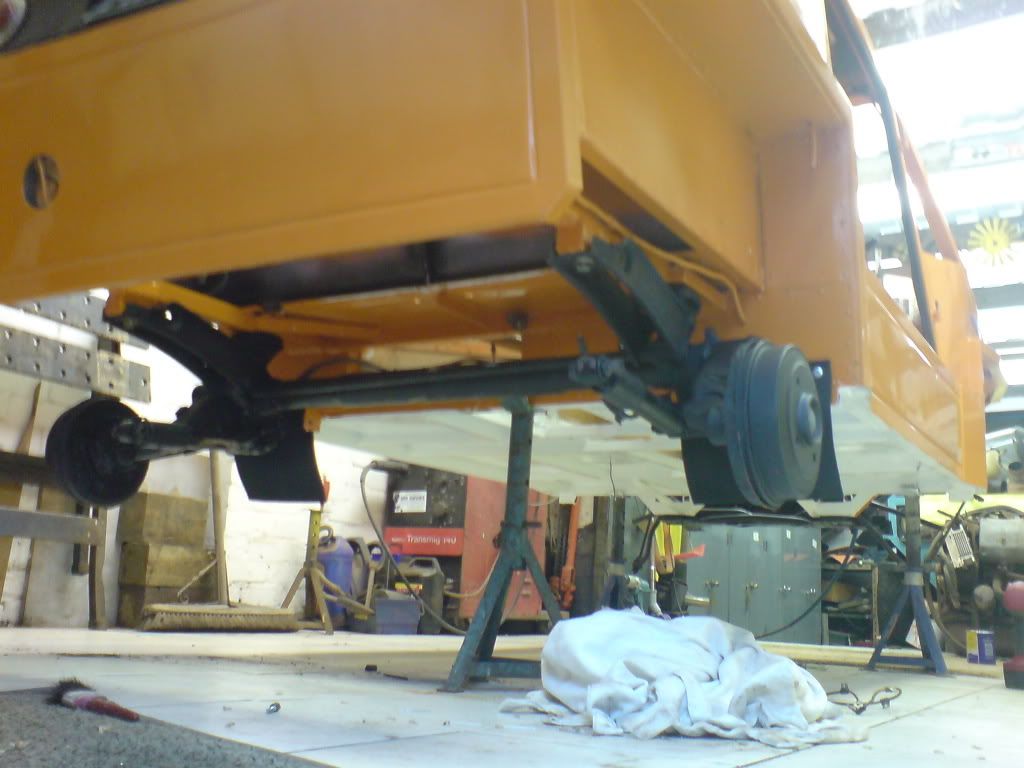 In out in out shake it all about the engine's in now its out, I think you need a larger washer bottle James or is that just a reminder of your mini days?

I hope the volunteers received full recompense for their efforts - I did not spot any scratched paint.

By the way I did not buy the Mustang cos it won't get far in the sand and there are loads of vehicles coming on the market and the prices are still falling so who knows what I'll end up with.

See some of you next Saturday weather permitting - may have to get some snow chains for the Sorento to get to the honeymoon hotel in the Lake District.

Engine is now in and I made up the exhaust last night.

The exhaust is 2.5" diameter with 3 straight through silencers. (I need to make sure that it's below 98dB at 4500RPM)

Will do final assembly on exhaust system over the next few days. Then I can re-fit the interior.

After a busy weekend the back end of K is complete including rear seats with the exception of the wiring, which i've striped back.

The exhaust system is also complete and the tunnel is boxed in. The gearbox would have been fitted but found thrust bearing to be shot. Will pick one up Tuesdy from Darren at Spoox Motorsport ready to fit box in the evening.

They're not very good photos (Thats Blackberrys for you) but better ones will follow.

The rear loom is finished, as is the seats and belts. 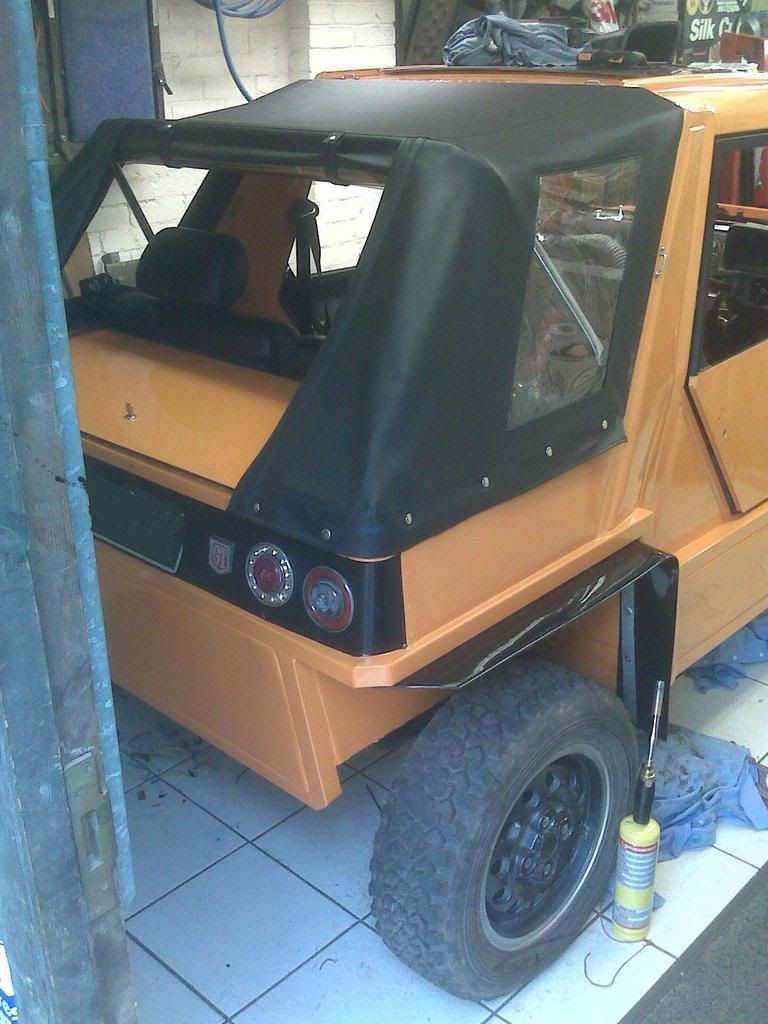 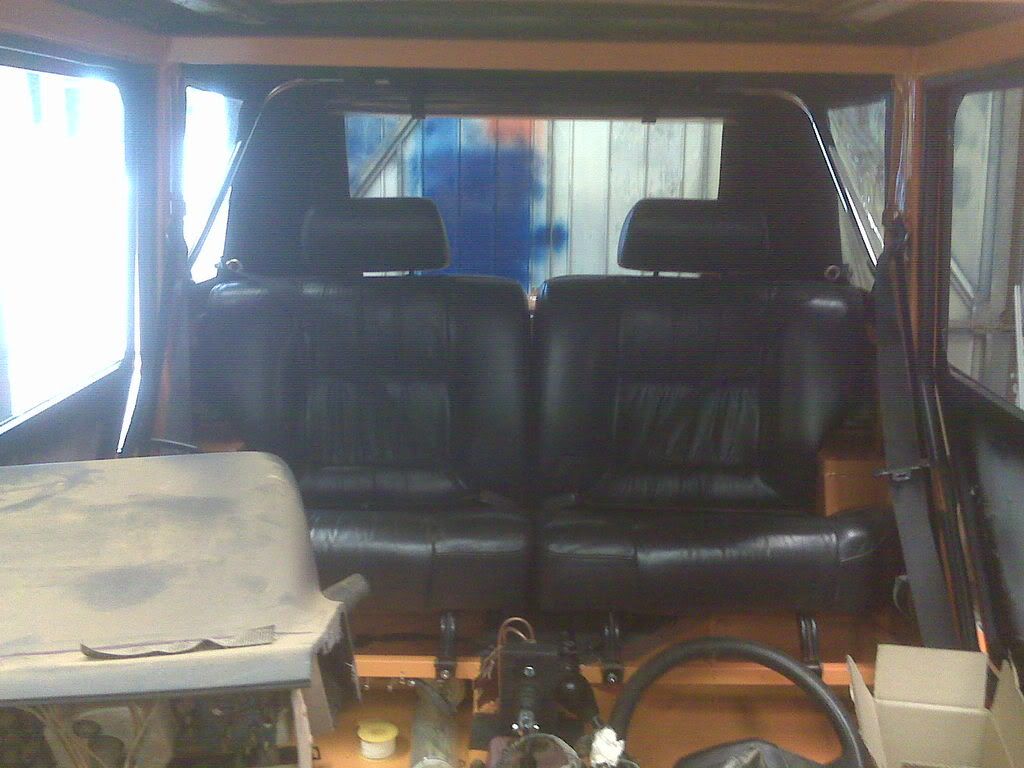 Well, the dash is almost finished and so far looks stunning. Just need to order the Gold trinket bolts to make it shine.

I also painted a wheel last night to see if the colour scheme works only to find that the paint reacted due to tyre shine impregnated in the original paint!

The Alloy rad has been ordered and Nigel (the best ali welding I've ever seen) is also shortening the inlet manifold and welding on bosses for the various components affected.

Been busy running service Rally cars over last couple of weekends and doing work related things in the evenings so progress has slowed slightly but i've just put the latest (ish) photos on the TRR Motorsport website if anyone fancies a look.

It feels like British Rail at the moment - 'We're getting there!'

James, can you put a direct link to it please as i got lost in the maze

I bet you looked like the bloke from the Fanta ad when you came out of that garage!!!!!! Scamp cocours award???? SOC did have one once for a Mk1. at Stonleigh. Sofa's, by the way, supplied by DFS.

If i'd have fitted a sofa bed in the back instead I could have made a Scamper Camper!

TRR Motorsport wrote:If i'd have fitted a sofa bed in the back instead I could have made a Camper Scamper!

Oi cheaky, have you been on the cherry brandy again?

TRR Motorsport wrote:Oi cheaky, have you been on the cherry brandy again?

TRR Motorsport wrote:Oi cheaky, have you been on the cherry brandy again?

I thought Creosote was banned?

You're just trying to beat me at the self tan aren't you?

K had her first road test today. not happy with the back brakes so fitted new brake cylinders and shoes. now it's Superb!

Apart from the new radiator and the graphics she's all finished. four months of hard slog and thank goodness it's now sorted cause I've well & truly had enough of it! 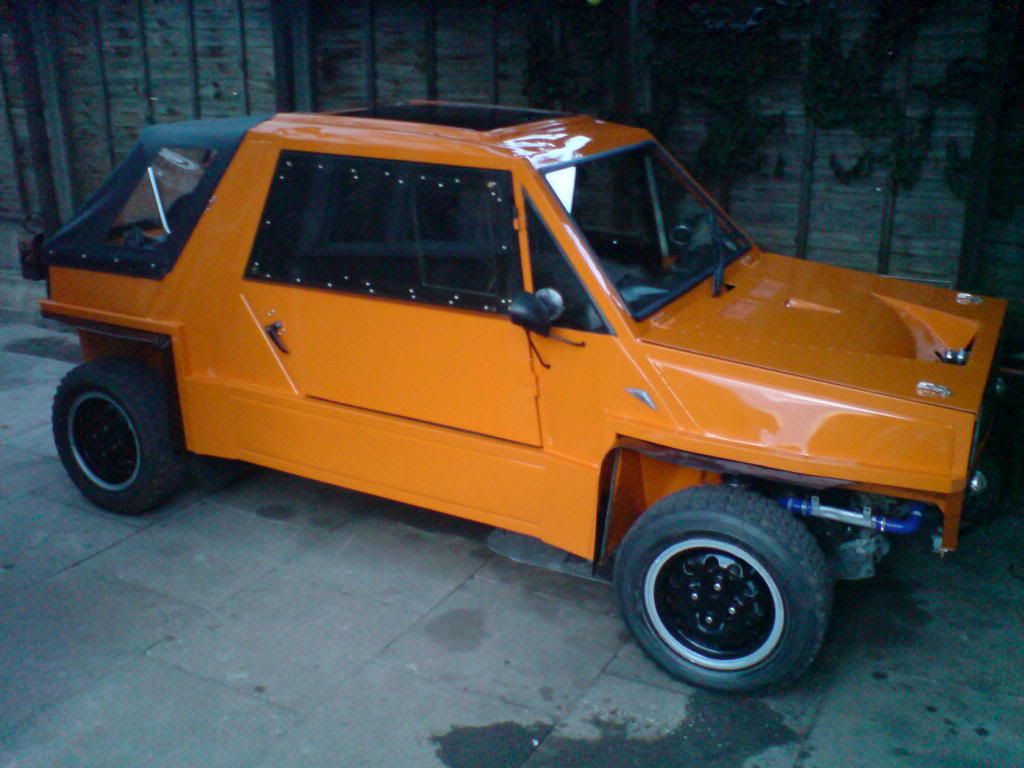 Never mind though, I'll soon be able to put my feet up and have a beer.

Thanks for that Jono.

To be honest I'm a bit lost as to why it's taken me so long to build. I've put a hell of a lot of hours into it and now i stand back from it I can't see where.

Still, the rad should be hear in a few days and the graphics have been ordered and should be fitted for Stoneleigh. 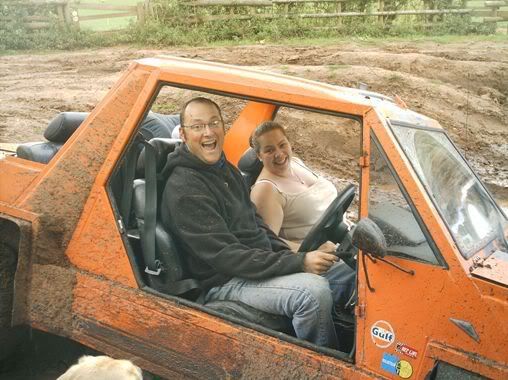 ...oh yes... forgot to mention.... in the time you have taken to strip, paint and re-build..to an extremely good standard no doubt... I have managed to ...errrr.... fit some subframe mounts...

don't beat yourself up over the time scale dude...... you are a Hare...on speed... compared to my Tortoise.. with arthritis

don't beat yourself up over the time scale dude...... you are a Hare...on speed... compared to my Tortoise.. with arthritis

The popemobile has probably done more miles than K this year.......Okay, Okay, it has been on the back of trailers

I gave them to my team during the last week of my old job, it was hilarious, just like putting Whizz in the tea machine!

or you can eat them with Vodka! that's awsome too!

Back to the car though, King Spiders! it's bloomin' quick but handles like a barn door, just the way I like it!