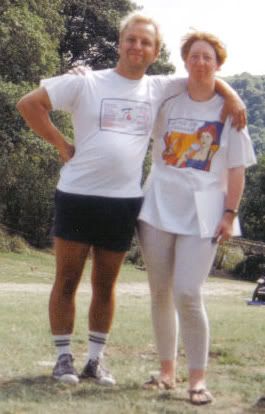 Me and Jeannette at the Scamp Picnic in 1994 - who would have thought we would be married 15 years later! She won Best Mk1 with Florence who is in the garage waiting to be reborn again and I won Best Mk2 with Anj who is probably long since scrapped - Jeannette also has one over on me she also won Best of the Bunch

Mmmm, it could be viscious at times though!

I'm not sure where this is leading so for once I'm not going to say anything.