In a moment of Ebay madness I've bought a MK2 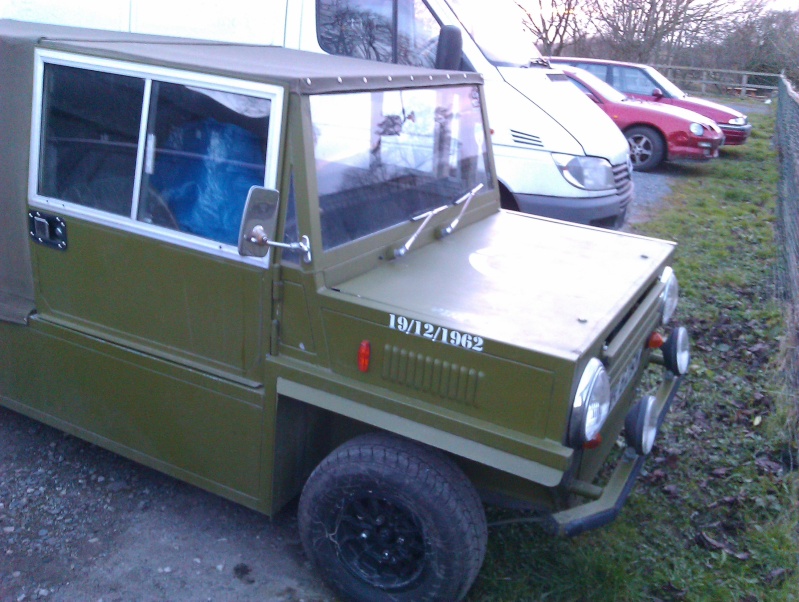 Went and picked it up from Marlborough last Saturday and drove it the 160 miles back to Chester which is possibly the coldest drive I've ever done. It made it all the way with only one stop for running repairs when the lights died but think that's down to the old wiring, two for petrol and another two for cups of tea so I could defrost my hands and feet!

Good points:
- It's MOT'd
- It's taxed as a historic vehicle i.e. free (my favourite word

Bad points:
- It needs a lot of fettling. The basics are all there but lots of little things need to be repaired or improved i.e. new wiring loom, wing mirrors, seats etc.

Along with the car came a folder crammed full of paperwork from the guy who originally built it - Brian Niel from Pewsey, Wiltshire. Does any one recognise the name or have any info on the car (which was originally silver)? Brian was in the SOC in 1997 as I have a letter from Lisa Collier sending him his membership card. Other interesting bits include Colin Edmonson's 'The Scampers Guide to Off-Road Preparation and Driving Techniques' booklet, guide to how to build your Scamp and some letters between Brian and Andrew MacLean from the early to mid 90's.

BTW does anyone have any Scamp badges or an air horn that plays Colonel Bogey in exchange for some beer tokens?

Ps he's been nicknamed The Colonel

Excellent!!! It looks quite good from the pic. BTW, did the heater not work? or is it full of draughty holes?

What heater?!?!? Retro fitting one is on the (long) list of jobs to do. If any one has any suggestions/recommendations let me know.

And it's full of holes. The main one is one of the panes in the passenger door window is missing but I've bodged that for the time being with some perspex and gaffer tape so it's water and wind proof. In the folder is the original invoice for the windows and the company who made them aren't too far away from me in Wigan so I'll be calling them tomorrow to see about repairing/replacing it. Only snag is I think the whole frame will have to come out which could be a bit of a mission. The other major holes are the four drains in the footwell but I've filled those with some blanking plugs from the Bay of Fleas.

Once all the fettling's done it'll be an upgrade to front disks, as it's drums all round at the mo, and then a 1275 transplant

Thought a mini heater would fit into my Scamp but can't find enough space ( all the switches / wiring in the middle ) Been looking on ebay........there seems to be a mini heater that might do the job !!!!! except its a £105 plus other bits. Have to sell a load of Mini bits to find some cash, buying someone's kit there is always missing ?

why not butcher a heater from some other car? The ones on Reg's & Mine are Peugeot 205 heaters.
I cut mine up, made an ali box for the matrix (more of a plenum chamber really) and riveted and tiger sealed it to the trimed down fan assembly. Small, powerful and most importantly, cheap

Heater matrix pinched out of a golf mk3, (on e-bay for £20.50 new, was supposed to go in my daily drive) 2 x 120mm 12v computer case fans & finger guards from maplins, a switch & 2 metres of 19mm hose from Halfrauds, some ally plate & some yellow & black warning tape to hide the rough bits !

Fits nicely in the centre of the top half of the dash, and provides enough heat the melt the daughters eyeballs !!

Will upload some pics if your interested in the general idea...

nhazelwood wrote:
Will upload some pics if your interested in the general idea...

Yes please Neil. I did take a couple through the window of your dash at the Feb Pub meet but managed to delete them before uploading them to my PC - Doh!